Since January this year, I’ve been searching for a diagnosis for my new symptoms including dizziness, extreme fatigue, tachycardia, inability to concentrate, insomnia and so on. I’ve been to see an array of different consultants – a pain consultant, chest physician, rheumatologist and a neurologist, and had many many tests, to try and get to the bottom of why my life has changed so dramatically. As it stands, I still have suspected chronic Lyme Disease but I am waiting to have some blood sent to Germany to confirm whether or not I have it for definite. Recently though, I’ve been really concerned about my heart rate and arrhythmias, and wanted to find some way of managing it for the time being. I’ve met some lovely fellow chronic illnesses sufferers (virtually) and read many blogs, and came across POTS (Postural Orthostatic Tachycardia Syndrome – An abnormal response by the autonomic nervous system to becoming upright; there is an abnormally high increase in heart rate and altered blood supply to the brain on standing which results in a large number of symptoms). I’d never heard of it before so looked it up and I was surprised to see that the symptoms sounded very similar to mine. I found out that POTS is sometimes a symptom is Lyme disease or it has other causes such as trauma and infections. 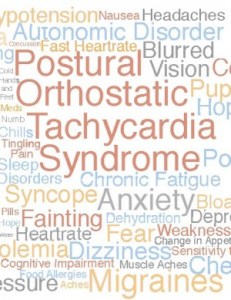 I was almost immediately convinced I had it even though it had never been suggested to me before by any of the aforementioned specialists. Not even my pain consultant who is very thorough and was the one who suggested Lyme. So a few weeks ago, in a follow up appointment with my pain consultant (who is pretty much my GP as I see him so regularly and manages my care)’ I asked to see a POTS specialist. He immediately referred me to a specialist in autonomic dysfunction who I saw the following week.

And what a lovely man he is, so warm and funny – he immediately put me at ease and was willing to answer all of my questions. You don’t find many consultants like that trust me! We spoke about all of my symptoms and he took my heart rate and blood pressure lying down on a bed and then the same standing up. He said he was quietly confident I had POTS, and that if so he would be able to improve my quality of life with medication! What?!? He might actually be able to help me!? Me being skeptical, due years of being given false hope when trying to find a diagnosis of my chronic pain condition, didn’t jump for joy, but instead actually felt slightly hopeful for once.

To prove his theory I had to have the dreaded Tilt Table test done yesterday! On the few days leading up to it, the anxiety built up and up. The more I read about the procedure on the internet and on others blogs, the more worked up I became. I got upset numerous times the day before, terrified the test would make me even more ill and set me back further. After all, it’s a standing test and I never stand for more than a couple of minutes at a time due to exhaustion, dizziness, breathlessness and feeling faint. I even got Mum to try and rearrange it for a few weeks time but it was a cancellation appointment and if I didn’t take it, I’d have to wait until September?!

Due to the anxiety and stress of that and other things, I was really poorly even before I arrived for the test. The nurse was so lovely though and explained everything that was going to happen and listened to my concerns. She got me to lie down on a bed and she attached a heart rate monitor to my finger and a blood pressure monitor to one of my arms. She also put two big straps across my legs to keep me secure incase of fainting, and my feet were pressed against a foot plate. I had a rest for a good ten minutes led there before my consultant came in and started the test. The bed was raised slowly to a 70 degree angle and then stopped, it felt like I was standing with a slight lean back. Boy, it was wasn’t comfortable or pleasant. Immediately I could feel my heart racing and pounding at my chest. I quickly became very hot and lightheaded, and because of the straps pressing against my legs and because I was putting weight through them, the pain in them soared. In fact the pain in my legs was the worst part. Even on a good day, before I became ill in January, I could only really stand/walk for about ten minutes. So being stood for much longer was pretty painful! I had to get her to losen the straps after a while which did ease it ever so slightly as I could wiggle them around a little and bend my knees.

What happens during a Table Tilt Test

I was up there in total for about 20-25 minutes. It felt like longer as there was barely any talking as talking is a stimulus, I had to just stare at blank walls. My consultant did ask me how I was feeling a couple of times though which was nice. We had a chat once it had all finished and I’d had a little rest. He told me that the test absolutely confirmed his suspicions, I have POTS! My heart rate went from 85-90 beats per minute at rest to 154 bpm upright! No wonder I was so woosey up there. He also said my feet went purple – another classic POTS sign. So there you go, I actually self diagnosed! If I hadn’t suggested it to my pain consultant who knows whether POTS would be suspected at a later date.

After the test I was so tired. Mum wheeled me back to the car and Dad drove me home. I don’t know whether it’s set me back further, because I already did that with all the stress before hand, but I am going to need rest, rest and more rest for the next week or so! As for having POTS I don’t really know how to feel about it. I am feeling really upset that I’ve just been officially diagnosed with another chronic condition on top of chronic pain, and I have to learn to manage more complex symptoms. But I am also feeling hopeful that there are medications out there than might be able to help improve my quality of life somewhat. And that’s a nice feeling

I still have so many more questions, like what caused me to have POTS? Was it Lyme or something else? Will I get back to some degree of normality one day? Etc etc. Hopefully some of those will be answered soon and I will keep you posted. But for now … ZZZzzzzzzzzzzzzzzz…. REST!! 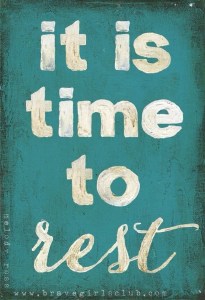