In Mid January this year I began getting new symptoms which I had never experienced before….extreme fatigue, flu-like symptoms, muscle aches, tinnitus, tremors, joint pain and nausea.  I was going through a flare up of my Post Herpetic Neuralgia (PHN) pain at the time and was trialling a new medication to help ease the intense pain – Nortriptaline – as the flare up wasn’t settling as quickly as it had in the past. So when these new symptoms started I immediately presumed they were side effects of the new med. After 8 days I couldn’t bear the symptoms any more and stopped the medication.  The symptoms appeared to ease slightly for a week or so, so that, to me, confirmed my assumptions. However, it did not end there. 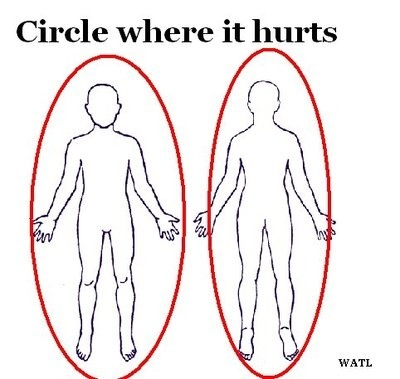 The symptoms quickly worsened again and increased in intensity. I started getting brain ‘fog’ – I can’t concentrate on anything for more than a few minutes (whether it’s a book or painting my nails), pain behind my eyes that increases when I look at any screen (TV, phone, computer etc) or when I read (books, cooking instructions etc), photo-sensitivity and sound-sensitivity, sweating – I am unable to regulate my body temperature and I am always about ten degrees hotter than everyone around me, dizziness – whenever I walk anywhere (even just around the house) I feel very unstable and light headed, an intense pressure in my head (it feels like my head is about to explode), insomnia and ear ache. The fatigue has gotton so bad that even just having a shower in the morning means I am unable to do anything else that day. When I make my morning smoothie I have to sit down several times as I am just so weak. I never realised how debilitating fatigue could be, I think it’s even more debilitating than pain (now that is saying something!).

I couldn’t understand why I was still suffering so much and things were getting worse as each day went on! Could it be a virus? The flu? Or something more serious…Chronic Fatigue? Fibromyalgia? ME? I was convinced that because I had been in pain for so long (6 years) due to having PHN, and because that particular flare-up was much more persistent that the others had been, that it was Chronic Fatigue Syndrome (CFS). Had my body suffered so much stress during the most intense flare up that it triggered CFS? 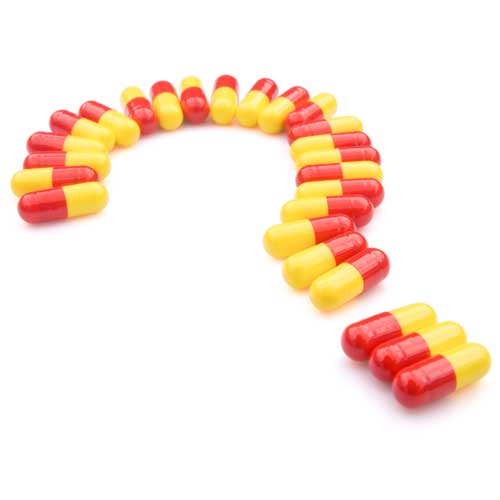 I went to a local GP in Cornwall. I hadn’t been living in Cornwall long so I didn’t have a GP until that point. I have seen many many professionals in my time but this GP was the absolute worst! He said it was a cold and that I’d be better in no time. “I don’t even have the sniffles or a sore throat…how can it be a cold?” I asked him. He looked puzzled and didn’t know what to say. I insisted that I have some blood tests done to check for anything sinister. So I had the usual tests – thyroid, blood count, anaemia etc…plus a test for rheumatoid.

As I expected, the bloods came back normal, apart from the rheumatoid factor – which was slightly raised. I went back to see the GP who said he thought I had a virus and that the rheumatoid factor was probably an anomaly. Again, I had to insist on a referral to see a rheumatologist to get a second opinion. He made an “urgent” referral and sent me on my way.

“Urgent” in Cornwall is very different to what I perceived as urgent.

I waited over a week before I phoned the booking office at the Hospital who said they had not yet received the referral. So I chased up the GP who apparently hadn’t processed the referal as they needed my weight measurement before they could do it. ‘WHY DIDN’T YOU DO IT LAST WEEK, OR RING ME AND ASK?!’ I was so annoyed. Then after weeks of constant chasing, I got my appointment, 14th April (almost two months from when the referral was made). How is that urgent?! Saying things move incredibly slowly in Cornwall, is an understatement. At this point I was deteriorating as each day went on; I couldn’t sit around and wait weeks to see somebody.

I called my old Pain Consultant in Gloucestershire (who is an absolute angel), and he said if I came back to Gloucestershire (my family home) he would see me immediately. So that is what I did. I came back to Gloucesershire on a Friday, saw him the following Tuesday and he got me in to see a Rheumatologist the same Friday. Amazing. More in depth bloods were taken by the Rheumatologist (lupus, rheumatoid, other inflammatory tests etc) and I was told I should wait four weeks for the results.

Three weeks ago the symptoms declined even further. My heart was now being affected – palpitations and a heart rate of 120 bpm at rest and 170 bpm when climbing stairs. Very scary! I went back in to see my pain consultant two weeks ago who asked whether I had ever been tested for Lyme Disease. He explained that although it was a long shot he would take some blood that day to test for it and put me on doxycycline just in-case I did have Lyme. I was very doubtful I had it. Firstly because I didn’t remember ever being bitten by a tick, and secondly, because I didn’t believe I would get a diagnosis that soon. It took six years for my diagnosis of PHN, so I was convinced it would be a very long process to get this diagnosed.

On Thursday 27th March I was diagnosed with Lyme Disease. It was the biggest shock of my life! I was also told that I have the antibodies that signify that it is early stage Lyme. Phew! I have no idea when I was bitten as I didn’t have a rash. All I can go by is when my symptoms started – mid Jan. So I assume I was bitten sometime around then. Which is also hard to believe as I wasn’t going out much at all due to the pain flare. I was so pleased to finally have an answer to why I was feeling so poorly.

My bloods have since been sent to a specialist testing unit in Salisbury (Porton Down) for further testing. Confusingly…the results from their testing came back negative. How can I have a positive and a negative test result? I was devastated because I finally had a diagnosis and that had been taken from me and the unknown had set in again. But, I have been doing a lot of reading and I understand lots of Lyme sufferers have tested negative for Lyme even though they have it. NHS testing is unreliable. So the next step is to find a respected Lyme Disease specialist who will perform further testing and a provide a treatment plan. It seems that isn’t as easy as it sounds. There appears to be very few Lyme Specilaists in the UK at present. So it might be that I have to go elsewhere (Germany maybe?!).

I have been on doxycycline 200mg a day for over two weeks now, thanks to my pain consultant. So far I have seen no change. I think I am herxing at the moment. Which I think is a good sign? I feel very fluey and fatigued, I have ear ache and a sore throat, my bones and muscles ache and i am very very dizzy! Even small things ruin me at the moment too. Yesterday for example, i got dropped right outside Karen Millen – I desperately wanted to look for a dress for a wedding I am going to this weekend – within a few minutes, I was sweating like mad, my heart was beating out of my chest, I felt so dizzy and pretty much collapsed when I was in the changing room. It was very scary! Hopefully things will start to improve soon. They have to. Fingers and toes crossed. I am very scared that this is going to be a very long road. Because I already have a chronic illness, I automatically assume its going to be the same this time – that it will be Chronic Lyme Disease which I know has no quick fix. But I am staying positive and I have a lot of hope. That this time it is going to be different! This disease is not bigger than me and I will not let it beat me, no matter how long it takes!

I have a lot to learn about Lyme. It is such a complex disease. But I have been doing lots of research and found some amazingly informative websites, for example, Lyme Action – they have been very supportive – answering my queries and providing great advice, and I’ve stared watching the documentary “Under Our Skin.” I have also just bought a book called A Twist of Lyme: Battling a Disease that “Doesn’t Exist” which tells Andrea Caesar’s story of her decades long battle with Lyme’s Disease.

I will keep you posted on how my treatment is going

Any advice you have I would be very grateful for!